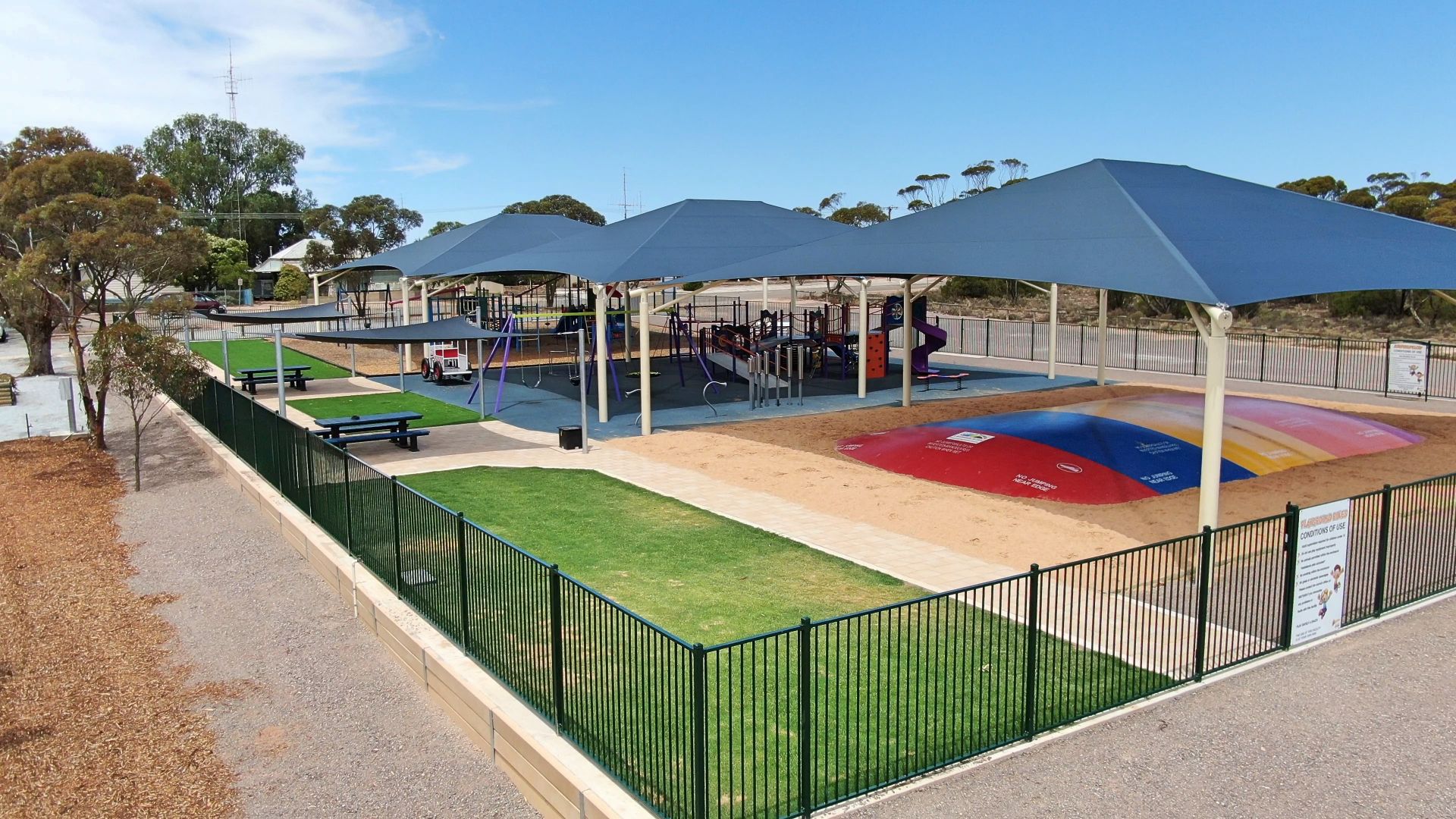 Kimba, a pioneering town was established in 1915. The name is derived from the Aboriginal word, with the meaning of "Bush Fire". Pastoral leases were held over the area from 1872 until Pioneer farmers grew the first crops in 1908. The Kimba District is now one of the major wheat producing areas in South Australia.

Kimba's community of 1300 people is situated halfway across Australia on the world renowned Eyre Highway, National Highway One. Take time out to peruse the history, sights, fauna and flora.

Travellers will find several beautiful spots in and around the Kimba township to rest and relax. The Lions/Apex/Central Park next to the swimming pool on Park Terrace offers electric BBQ, shaded areas and toilet facilities, with a great playground for the children. 'The Gums' along the Eyre Highway also provides a shaded area with picnic and electric BBQ facilities.